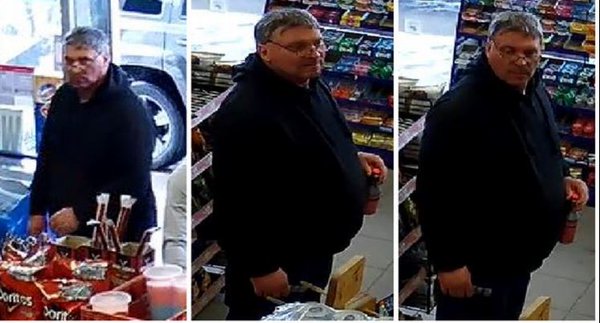 Orillia OPP is asking for public help in finding three men connected to an assault and abduction.

On Sunday morning a 74-year-old man called police to the Ultramar gas station on Highway 12 in Ramara Township.

The man told police he had been assaulted by four men at his home who demanded money from him.

Two of the men then forced him into a white Ford motorhome, while the other two got into another motorhome with a red canoe on the top.

The man was able to escape his captors at the gas station and call police.

Police have since discovered the motorhome used to abduct the man in a Independent Grocer parking lot in Beaverton, Ontario.

Officers have the descriptions of the two men who allegedly abducted the victim.

One man is described as white, about six foot one, 210 pounds with a busy beard.

Another suspect is described as white, about six foot three, 250 pounds with greyish hair and glasses.

He was last seen wearing a black hoodie and jogging pants and the victim believes he was called Carl from Moncton, New Brunswick.

If you have any information on these suspects please contact police or leave an anonymous tip with Crime Stoppers.