Charges Laid after a Vehicle Catches Fire North of Dorset 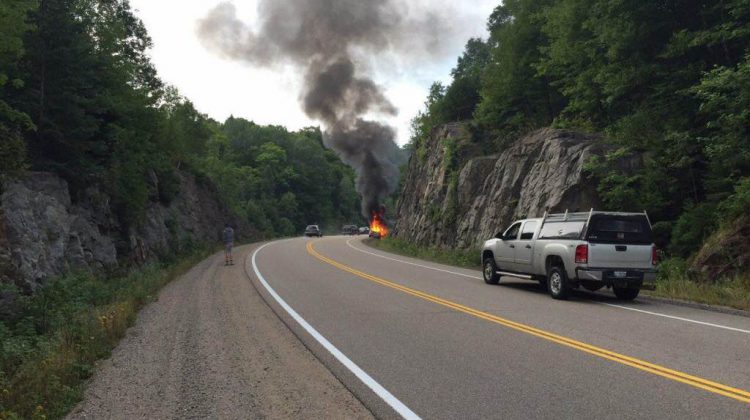 A woman has been charged after her vehicle caught fire north of Dorset.

Algonquin Highlands Fire Services was called to the scene on Highway 35 near Tock Lane on Tuesday morning. Crews were able to extinguish the blaze and the woman was not hurt.

She was charged by Haliburton Highlands OPP under the Highway Traffic Act.

The cause of the fire is still under investigation.