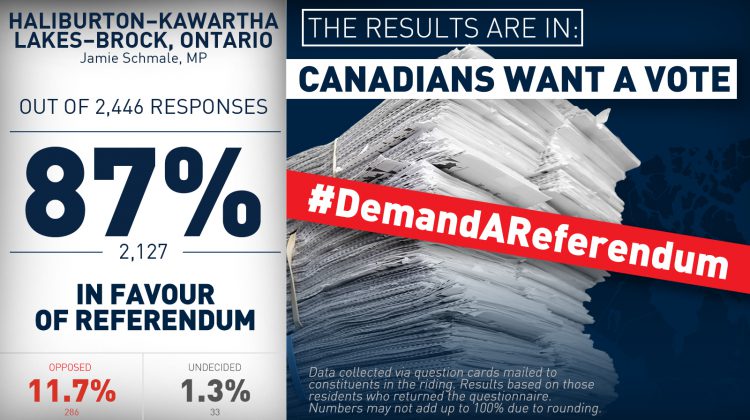 Photo submitted by the Office of Jamie Schmale.

The majority of people in Haliburton County want Canadians to have a say on how we elect our leaders.

Haliburton-Kawartha Lakes-Brock MP Jamie Schmale sent an information package about the Electoral Reform to people in his riding in August.

This included a form asking people for feedback. Nearly 90 per cent of the respondents are in favour of a referendum on electoral reform.

Schmale says this is an important issue impacting all Canadians, and everyone should have a clear input.

He thanks everyone who took the time to express their view by taking part in this constituency referendum.