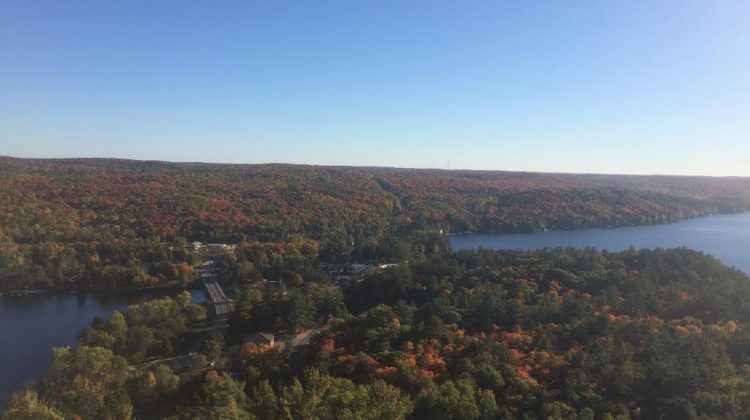 Photo: The view from the Dorset Tower. Supplied by Kaitlin Livingston, Moose FM.

The Reeve of Algonquin Highlands says the two townships around the Dorset Tower need to work together. Reeve Carol Moffatt says heavy fall traffic is overwhelming the MTO, the municipality, and the park’s resources.

Moffatt says she has been in talks with the Ministry of Transportation, to try and find a way to get people into the park quicker.


Moffatt says Lake of Bays council has now expressed an interest in finding a solution as well, but that wasn’t the case last year when officials from the two townships had a meeting.

However, Moffatt says since then the Lake of Bays Economic Development Committee has chosen to work on the issue. Moffatt says it’s great they want to help out, but there needs to be better communication so both townships aren’t working on the same issue separately.

She says she looks forward to speaking with Lake of Bays Mayor Bob Young so they can craft some decisions going forward.