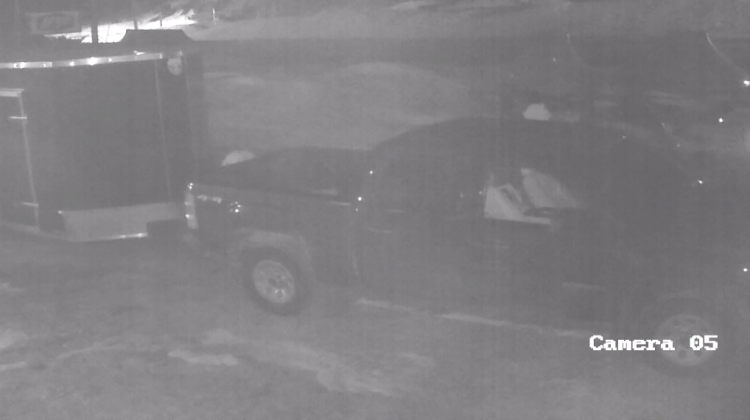 Photo: This black 2008 to 2013 Chevrolet/GMC pickup 4 door truck was involved in this incident, and may be responsible for other thefts in the region. Supplied by the OPP.

Police are asking for your help after a theft from Tucker’s Marine in Apsley. Peterborough County OPP says it happened around 3:00am last Friday morning.

Two suspects were caught on camera at the store, and stole a number of items, including a 2008 grey Chevrolet Silverado with a snow plow attachment. The value of everything stolen totals over $60,000.