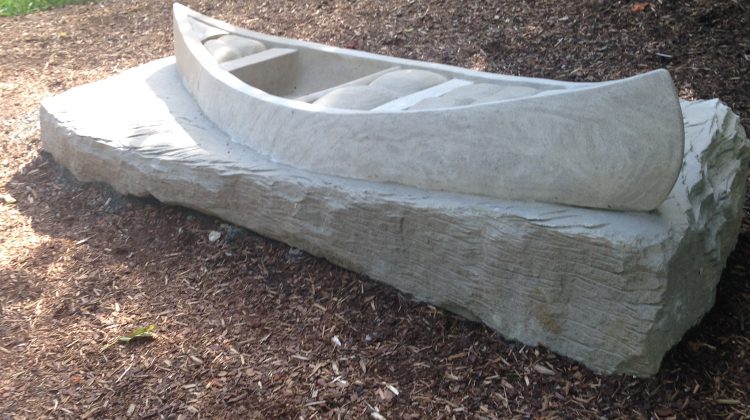 Four new creations are standing in the Haliburton Sculpture Forest.

The theme was called “Carved in the Canadian Shield” and each artist crafted a sculpture based on what Canada means to them.

Farrow was the only artist able to attend the unveiling and says it was a long journey to craft a canoe out of stone.

Farrow created one of the first three pieces in the forest in 2001, and says she cannot believe there are now 35 sculptures.

Sculpture forest Curator Jim Blake says plans are already underway for new creations but did not offer any other details.