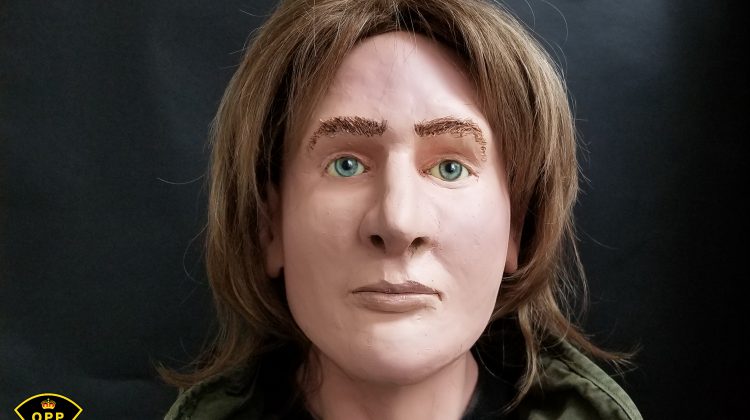 The OPP says it has received a number of new tips in regards to a man whose body was found in Algonquin Park back in 1980.

Police released a clay facial reconstruction of the man who went missing at the end of July, in the hopes it would jog people’s memories and help find new leads. It seems to have worked, as police have received 36 fresh tips from the public so far.

But police are still looking for anyone who might have any information in this ongoing investigation.

Police say the young man was been 18 and 29 years old when he died. He was white, with six to 11 inch blonde hair. His body was found near the Hardwood Lookout Trail near Whitney, with a size 11 Greb-brand boot, a wallet with no ID, clothes, a black sleeping bag, a camp stove, and an aluminum cooking pot nearby. He is believed to have died by 1971 and 1978.