H.H.O.A. reports a successful year financially and for the fish hatchery 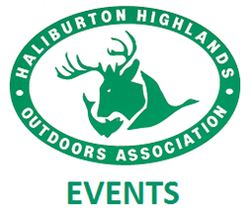 The Haliburton Highlands Outdoors Association has an extra $7,500 to work with.

The H.H.O.A. gave its financial position at its annual general meeting while recapping the year that was.

Vice President of Marketing and Education, Rusty Rustenberg says the biggest cost the H.H.O.A. faces is hydro costs in running its fish hatchery.

Rustenberg says the hatchery manager does an amazing job of keeping costs in control.

Rustenberg adds the hatchery raises the fish to be released into other county lakes.

Rustenberg also says starting an archery program in Haliburton County was another 2017 highlight.

He adds the H.H.O.A. is operated and managed 100 per cent by volunteers.