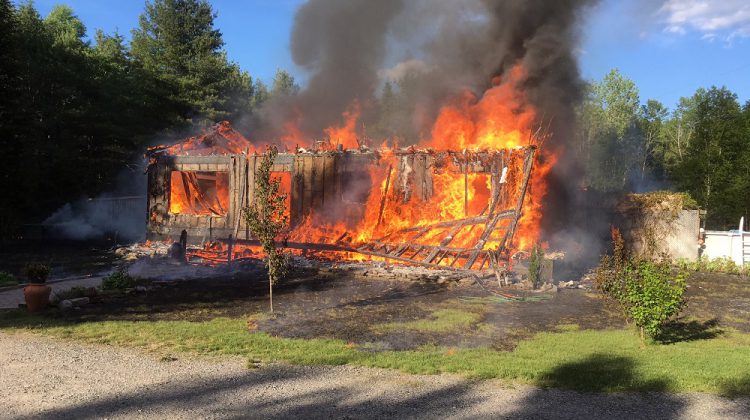 A Dysart et al home has been destroyed by a fire.

The blaze broke out Friday evening on Barry Line Road. Both the Dysart and the Algonquin Highlands Fire Departments responded.

When they arrived they found the single storey house completely engulfed in flames. It took eighteen firefighters six hours to put the fire out. There’s no word yet on a cause.

Although two people were home at the time, Dysart Fire Chief Mike Iles says they were able to get out safely after the smoke alarm went off. No injuries were reported but the home, worth about $400,000, is a complete loss.