Higher fees might be on the way for Minden 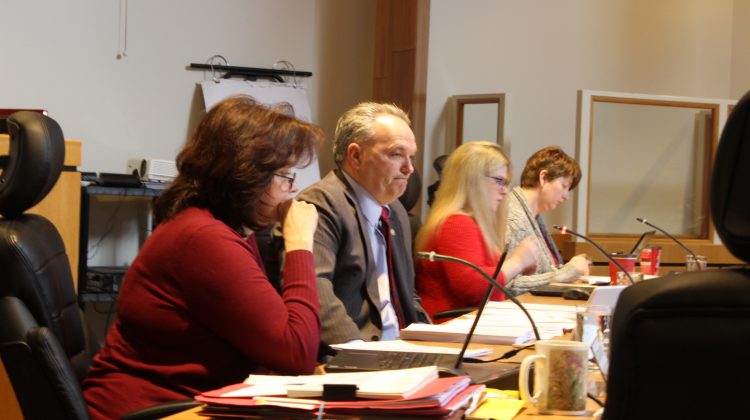 Minden Taxpayers might see a change in the fees and charges within the town.

Yesterday, during the Minden Hills Committee of the Whole meeting, the councillors and staff members reviewed a series of changes to the fees and charges in each department of the township. Each department head presented to the committee what changes they suggest for their respective department.

From the Administrative sector, the department is suggesting marriage licence fees increase from $100.00 to $125.00, and marriage ceremonies would go up from $225 to $250. To get colour photocopies done, the proposed fee is 75 cents per copy. In terms of lottery licence fees, the changes suggested are simply altering them to reflect the three per cent of the prize value.

Increases in fees aren’t the only changes proposed. the CAO and her administrative counterparts are suggesting that an item be removed. That item being marriages outside of office hours, the reason for that being removed the town does not do that. Another suggested removal for the administration is the certification of external documents which they don’t do.

Anyone looking to get a statement of account for taxes and water could see a charge of $10 for each. Same for anyone asking for a duplicate of their billing notice.

From the Cultural Centre and facilities department, some of the suggested changes include the removal of hourly, half or full day rentals of Nature’s Place. As well, the Gallery rental fees could get cut as the Gallery is no longer available. An addition could be a cost of $10 to reproduce black and white images. Photocopies are proposed at 50 cents per page for a black and white image from the internet, $1 for a colour copy and a minimum $5 for mailed copies.

There are two suggested additions to facilities, the first being speaker fees which would be added to the use of the Minden Hills Cultural Centre staff time and expertise. The suggested rate is a maximum of $40 for one hour, plus mileage at the current township rate. The other addition would be a wedding package, which would cost $1,000 for the full package.

The full list of proposed changes can be found by clicking here.