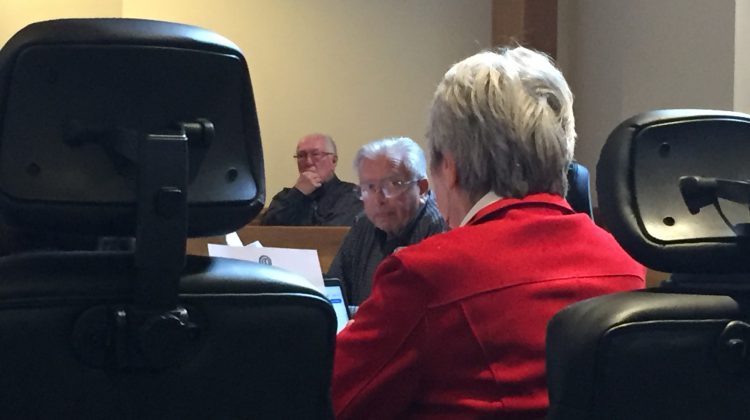 MINDEN HILLS, ON- The cost of recycling is forcing a local business to potentially close one of its sites.

Jim Garbutt, of Garbutt Disposal, was in the Minden council chambers to discuss what is happening with the Lochlin recycling facility owned by his company.

Garbutt told the councillors the company intends to try and keep the site running through the summer but after that, they are going to have to close because the operational costs are just too much to keep it open.

According to Garbutt, over the past few years, they have started taking on a lot of losses because of the costs attached to shipping recyclables and the returns being much lower than what they spend.

Trying to paint a picture of the costs, Garbutt explained that the cost to bale one ton of corrugated cardboard is $105 and they only get $90 for it, which means a $15 loss on every ton that they deliver.

In another example, he said that it took the company two weeks to find a site that would take mixed paper, and took a $3,000 loss on that one load because mixed paper goes for anywhere between 0-$30 a ton. They got zero.

As part of the relationship that Garbutt has with the township, Garbutt pointed out that they ship the town’s recyclables to a facility in Bracebridge and each month they get a bill for it and eventually the town pays them. The ask of the council was if they would take on the bill right away rather than that money coming out of Garbutt’s account until the town pays them.

Mr. Garbutt joked that council’s don’t really decide on things fast, and says that his company needs to know as soon as possible if the town will do that.

Minden Hills Mayor Brent Devolin says there was a lot to digest and directed staff to look into this as quickly as they can.