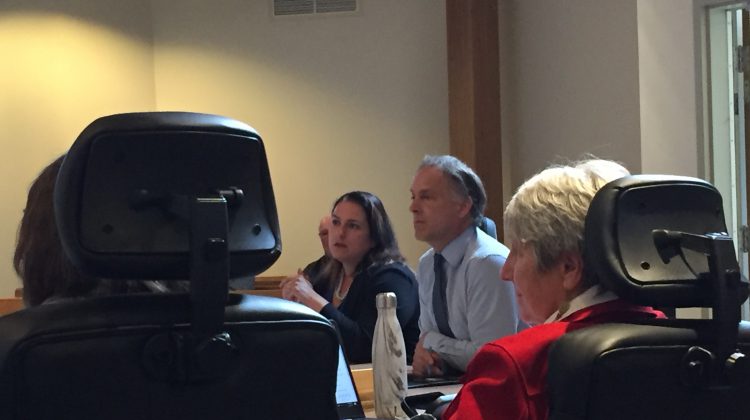 MINDEN HILLS, ON- A plan to adapt and mitigate climate change is entering its first phase.

Charlsey White, Haliburton County Director of Planning, and Craig Douglas the Director of Public Works were at a pair of council meetings this week to try and gain municipal support for a proposed Climate Change Adaptation and Mitigation Plan.

The overall goal of the plan is to lay the groundwork for the county to do its part in protecting county assets and people from the effects of climate change.
Having already presented to the county council and the lower tier governments, White and Douglas explained that the next stage to creating this plan is gathering and collecting data. Which is part of the support that they were asking the municipalities for.

According to the duo’s presentation, there are several phases to the creation and implementation of the CCP. Within each phase, there are a series of milestones that they hope to reach before moving onto the next phase. The milestones are data gathering, the justification for the goals they set, draft the plan, implement the plan and finally monitoring the results. Those milestones apply to the Municipal Mitigation Phase, the Municipal Adaptation Phase, and the Community mitigation and adaptation phase. As they wrap up the meetings with municipalities, the next for Douglas and White is Phase One milestone one.
That is data gathering for the municipal mitigation plan phase.

The county staff members say this initial phase should go from June to September.

Collectively, the councillors from different municipalities were all excited by the prospect that this plan was being worked on, Minden Hills councillor Pam Sayne said she was elated by the plan.