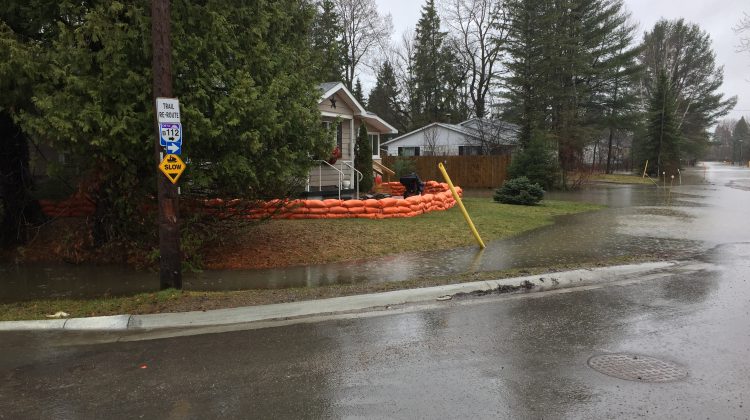 OTTAWA, ON – The province is taking action to address the impacts of future floods.

Ontario created a special advisor on flooding and named Doug McNeil to the position Thursday morning in a release.

According to the province, McNeil will advise the government on ways to ensure flooded communities can recover quickly.

“We heard from people across the province and saw first-hand the damage caused by flooding in so many communities,” John Yakabuski, Minister of Natural Resources and Forestry said in the release. “We want to help Ontarians protect what matters most, and the Special Advisor will help better prepare our province for flooding in the future.”

McNeil will also assess the roles and responsibilities of governments, agencies and organizations involved in flood management.

Officials with the province said flooding is a serious problem and has become more common as extreme weather events continue to increase.

Ontario held Flooding Engagement Sessions in Muskoka, Pembroke, and Ottawa earlier this year. The goal was to hear from municipalities and industry leaders about how it should better prepare and respond to floods.

McNeil is tasked with building on input from those meetings and consider feedback from affected residents.

The government will allow property owners to apply online for work permits in order to repair and control eroded shorelines immediately.

The goal is to help property and homeowners prepare, respond and take action when floods hit their areas.

“It is important for the people of Kanata-Carleton and across Ontario to have accurate information about flooding and resources they can access when they need it,” Dr. Merrilee Fullerton, Minister of Long-Term Care said. “We want to help the people of Ontario work on their properties in the most efficient way possible.”

The province felt McNeil was the right man for the job because of his resume in the area. He has been involved with water resource planning, operations, and management, including hydraulics, hydrology, stormwater management, and water control structures.

The new advisor has a combined 36 years of government experience at the municipal level in Winnipeg and provincially with Manitoba. While serving as Manitoba’s Deputy Minister of Infrastructure and Transportation, McNeil created drains and culverts, multi-functional dams and reservoirs, diversion channels and flood pumping stations.