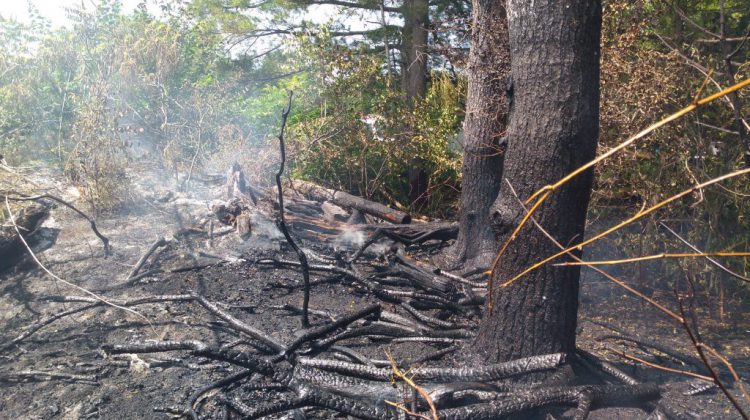 BRACEBRIDGE, ON- While there has been a lot of coverage of the total fire ban put into place for Muskoka, what are the nuts and bolts of the bylaw?

Specifically, what should people do that see an illegal fire and what happens to those people that through lack of knowledge or intentional action light a campfire in the dry conditions?

Mike Peake, the fire prevention officer for the Bracebridge fire department says it is something they deal with every year. Residents, he said, seem to be very aware of the fire conditions and adhere to the rules. The influx of visitors coming to the area to enjoy a cottage or go camping may not be as aware.

“There are people who come that are unaware that there is that regulation so they’ll have fires and most of the time we at the fire department respond,” said Peake.

He said if you spot a fire a call can be made to the local by-law officer for the municipality you are in. There is an on-call after hour number for the Bracebridge by-law officer. They will investigate and if it is warranted, lay charges.

Despite total fire bans being in place on a nearly annual basis, Peake admits there is not a case he can remember that charges were laid against a person for an illegal fire.

“As far as I can tell (Bracebridge Fire) has never fined (an individual) but by-law may have,” said Peake. “We get called out for things all the time. It’s super dry out there and even a flicked cigarette from somebody driving down the highway can start a fire.”

Various by-laws within the Muskoka area allow for fire departments to add the cost of a call out to an incident caused by an illegal fire.

Peake’s counterpart in Huntsville, Mike Vadjla told the MyMuskokaNow.com newsroom in a previous story on illegal fires that a typical fine is $300.

The fire ban for Muskoka include fires for warmth and cooking, and all fireworks are banned as well. Gas cookstoves are permitted.

There are slightly different regulations in place in the Parry Sound area with it’s eight different municipalities. Some fires for warmth and cooking are allowed but no daytime fires and open campfires are permitted. Check the local municipality for the rules in your area.

Haliburton has no fire ban in place and Environment Canada is calling for rain early next week.