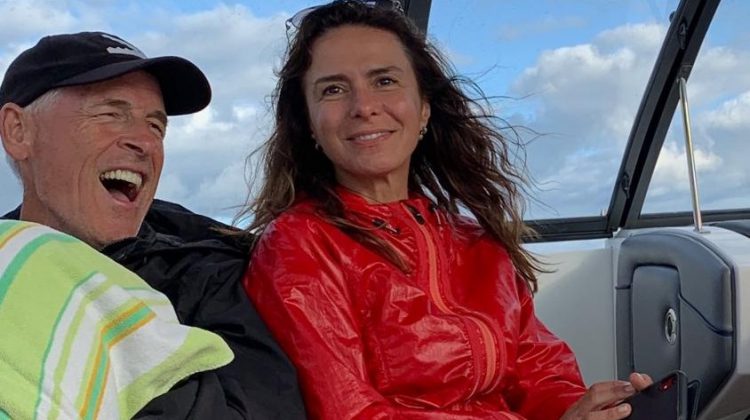 Image sourced from the GoFundMe. Gary Poltash and Suzana Brito.

64-year-old Gary Poltash was pronounced dead at the scene of the incident off Emerald Island on Saturday, August 24th. Suzana Brito, a 48-year-old mother of three who lived in Uxbridge, passed away in hospital the Tuesday afterwards.

Police are still investigating the crash and have not filed charges.

It occurred around 11:30 p.m. when a smaller ski boat and a larger wakeboard pleasure craft collided in the area. The smaller boat is owned by celebrity businessman Kevin O’Leary, who later said he was a passenger onboard at the time of the incident.

Alex Poltash, Gary’s son, has started a GoFundMe campaign to raise $15,000 to go towards the education of Brito’s children.

“Many of you are aware of what happened on Lake Joseph on August 24th,” wrote Poltash.

“While the tragedy is still fresh in our minds, we have been thinking of a way to honor and respect the values that were near and dear to our father’s heart. Although we never got to meet her, we are told that Suzana and my father became fast friends while enjoying the beauty of (the) lake. Gary was a true believer in the power of education, and thus we thought it appropriate to create this for the benefit of Suzana’s children.”

Brito is survived by her husband David, two sons aged 12 and 11, and her nine year old daughter. She also leaves behind her parents, and two siblings.

As of this morning, nearly $10,300 has been raised. A link can be found here: https://www.gofundme.com/f/tvtgd-children039s-education-fund