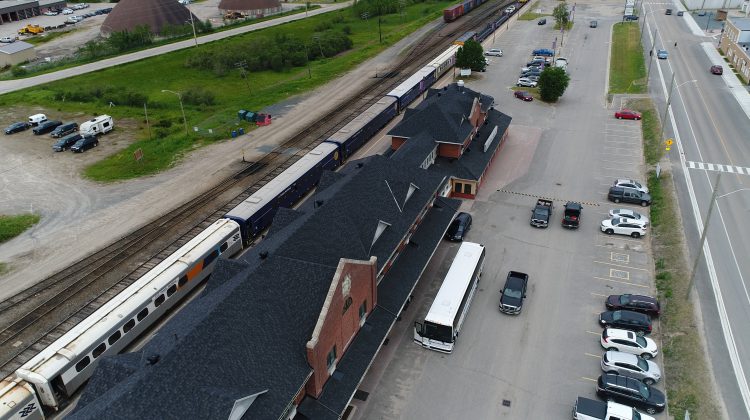 Cochrane station is pictured with the Northlander and bus service in a photo courtesy of Lucille Frith.

NORTH BAY, ON- The hard numbers on the possible return of passenger rail to Muskoka are expected before the end of 2019.

That’s according to a brief update from Ontario Northland given to the MyMuskokaNow.com newsroom this week.

The former provincial Minister of Finance, Vic Fedeli, had been a booster for the return of the Northlander, the passenger train that used to run from Toronto to North Bay and points beyond.

A promise to return the train had been made by Fedeli, which encouraged advocates of the service, and a business case is in development by Ontario Northland.

After the cabinet shuffle in the summer, the province re-iterated their plans to consider passenger rail in their next budget. However, the business case is in the hands of Ontario Northland.

It had been expected to come in November, though the date was not specified.

According to Rebecca McGlynn, a spokesperson for the transportation agency, the business case will now be coming between November and December.

She also said that Ontario Northland was excited to put the case forward, when it does go forward.

More updates on the possible return of the rail service will be reported on as they become available.