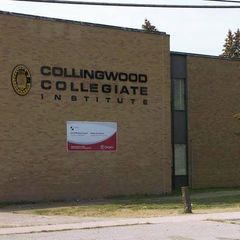 Police are investigating an incident at a Collingwood high school after threats were made toward it.

OPP is letting the community know of an on-going investigation stemming from an incident that has taken place at the Collingwood Collegiate Institute.

Police say the incident in question involves one of the school washrooms being marked with graffiti involving a threat.

Residents are advised that police are focusing on public safety as they continue to investigate – meaning they can expect an increased police presence in the area.

The investigation is ongoing and more information will be released when it’s made available.