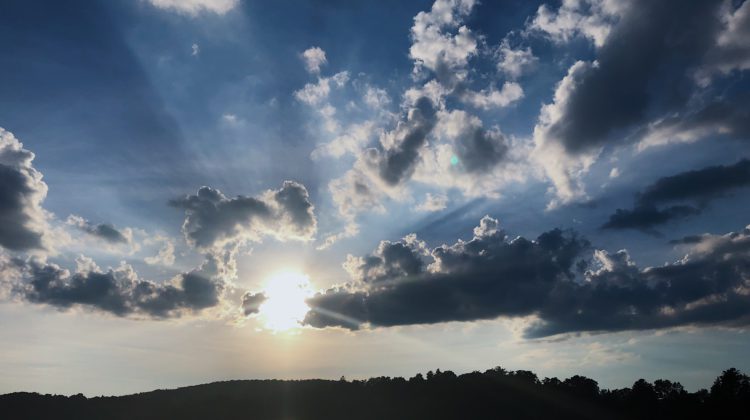 You may have woken up this morning and had to brush ice and snow off your car this morning, but come tomorrow, it will feel like a nice summer day.

“A very cold air mass settled into central Ontario, which is why we saw such cold weather,” Environment Canada Meteorologist Gerald Cheng says of this past weekend and Monday’s weather. For the rest of the week, the temperature will be pretty warm, staying in the teens. “The weekend was a low point in terms of temperature this week,” he says.

“This is the time when different air masses battle it out,” Cheng says. Right now, the Arctic air mass from the north is going head-to-head with the warm air coming from the Gulf of Mexico. “What we see depends on who wins,” he says. The past couple of days have been dominated by the Arctic air mass but – at least for a few days – the warm air will win out for the rest of the week. “That’s why we see such big fluctuations of temperatures,” he adds.

“If you like warm weather, enjoy it while it lasts,” Cheng says. “We’re getting closer to winter every day.” Early next week is when Cheng predicts a “big plunge” in the temperature that will likely stick. Until then, he says to enjoy the sun and warm weather.