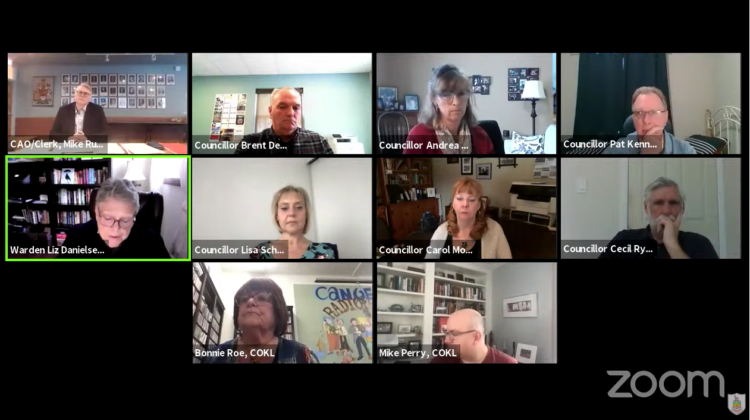 Haliburton County council voted to support the declaration made by the Haliburton-City of Kawartha Lakes Long-Term Care Coalition, but with a catch.

Earlier this month, the coalition’s 50 members passed a declaration with six measures that Co-Chair Bonnie Roe said would improve long-term care in Ontario. The declarations are: amend the Canada Health Act to include long-term care, ensure all residents get at least four hours of direct care per day, reinstate inspections of homes and better consistency in enforcement, change the culture of long-term care to show more respect for our elders, and take profits out of long-term care.

The last declaration is what caused a lot of debate amongst councillors. Warden Liz Danielson said she was supportive of the other four declarations but wasn’t sure about the last one. “I’m not sure as sure to what (the Eastern Ontario Warden’s Caucus)’s position is yet on ceasing private sector facilities,” she said. Other councillors echoed what Danielson said.

“For-profits as a whole since probably two decades have always been looked at as not providing the same standard of care,” Roe said citing a report done by the Ontario Health Coalition that compared for-profit long-term care homes to public sector homes. “Now you can’t put every long-term care facility in the same basket. I agree there are some that are excellent, but generally speaking, they do not follow the standards of long-term care.”

Roe was joined at the meeting by the City of Kawartha Lakes’ representative for the local coalition Mike Perry. He said there’s been a “paradigm shift” lately with how people are looking at long-term care. He added that people are starting to wonder why homes are looked at as a “profit venture.”

“I think this pandemic has shined a light on problems that we’ve seen with the for-profit model that profits kick in but aren’t reinvested in care,” Perry said. “They go to share holder.”

Councillor Carol Moffatt said that if the decision is made in the future to download the costs of long-term care homes to municipalities, that could prove to be too costly of a venture for some. She adds that’s why she’s concerned about the fifth declaration, echoing what Danielson said about it not being in line with the Eastern Ontario Warden’s Caucus.

After more discussion over the last declaration, council approved a resolution that reads: “a letter of support be provided for (Haliburton-City of Kawartha Lakes Long-Term Care Coalition)’s declaration to fix long-term care ensuring their letter is consistent with recommendations in Eastern Ontario Warden’s Caucus study on long-term care but not taking a position on the recommendation to discontinue for-profit involvement in long-term care delivery.”

The resolution was passed by council.