Premier Ford looking for advice on kids returning to school Ontario Premier Doug Ford is seeking input when it comes to the possibility of kids returning to in-person learning.

He has written a letter to medical experts and children’s hospitals asking for their input on the “possible safe return to schools this year.”

Ford says there has been a consensus in recent weeks in some quarters on how, when and whether schools should reopen, and diverse and conflicting views in others.

He asks for those he’s seeking advice from to give their feedback on seven questions he outlines in his letter no later than 5 o’clock Friday afternoon. 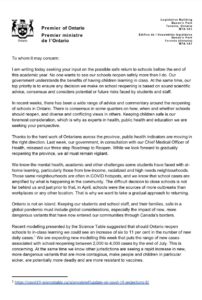 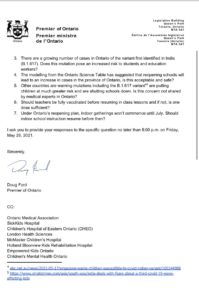