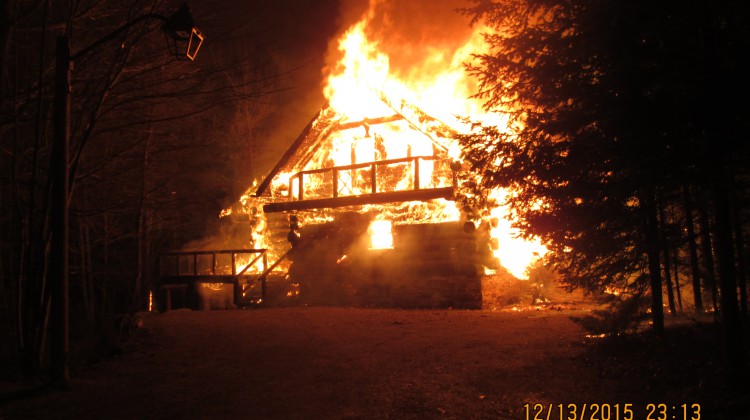 A structure fire on Redkenn Drive in Haliburton has caused one million dollars in damage.

Dysart fire department got the call around 11:00 last night. Fire Chief Miles Maughan says the building was already collapsing when they arrived. Crews worked to keep the fire from spreading to the bush.

Maughan says crews were on scene for nine hours putting out hot spots.

He also says the Office of the Fire Marshal was contacted and will not be investigating the fire.

The cause of the fire is unknown. Maughan confirms no one was home at the time of the fire, so there were no injuries.