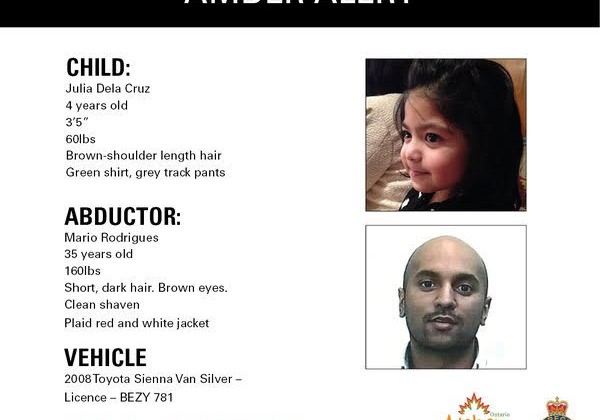 Submitted By: OPP
The missing four-year-old girl from Aurora at the centre of the Amber Alert has been found.
Police found her father’s vehicle north of Bancroft in the community of Denbigh.
After reaching high speeds, police say the van rolled, trapping the two inside.
Police say Julia Dela Cruz was found responsive.
Her father, 35-year-old Mario Rodrigues was found unresponsive.

Police say he has been arrested and taken to hospital.