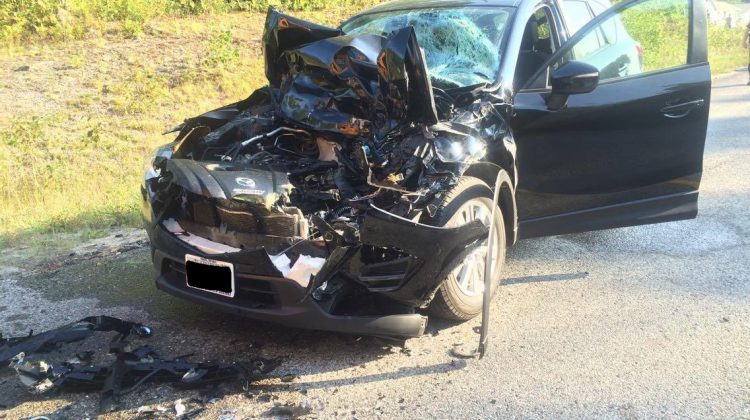 The Haliburton Highlands OPP is reminding drivers to be watchful for school buses.

This morning a car rear-ended a school bus on Harburn Road near Illman Road.

Area Bus Supervisor Dave Freeman says the bus was filled with kids when the collision happened, but they are all okay.

Freeman says they called another bus driver to the scene to get the children to school.

He says no one suffered injuries, including the driver of the car.

The OPP says when a bus has its red lights flashing, and its stop arm extended, drivers traveling both ways have to brake.