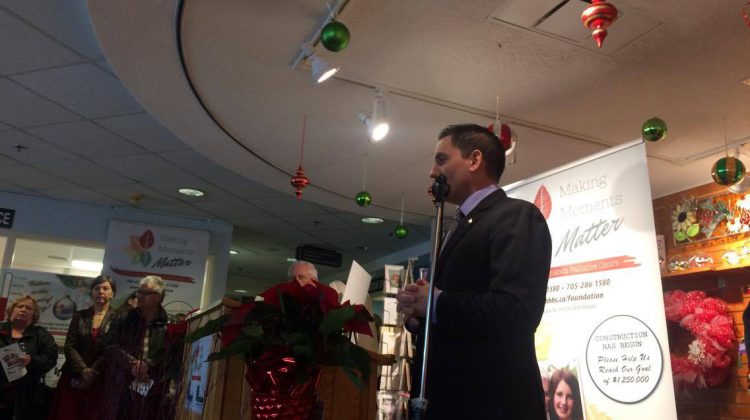 Your donations have helped the Haliburton Highlands Health Services Foundation get closer to its goal to build the Palliative Centre.

On Friday, the hospital had a celebration because it’s close to its goal.

During the celebration, Haliburton’s Lions Club donated $2,000 towards the project. They also received an anonymous donation.

Haliburton Highlands Health Services Executive Director Dale Walker says she can’t tell us the amount, but just under $300,000 needs to be raised.

Haliburton-Kawartha Lakes-Brock MPP Laurie Scott is overjoyed because of the communities work.

Scott says for two years, donations have been collected for this project. She says the centre will look more like a home.