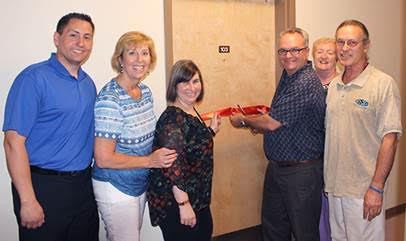 The $1.7 million dollar project was paid for by contributions from both upper levels of government.

Minden Hill donated the land, and the county and Kawartha Lakes Haliburton Housing Coropration each chipped in $100,000.

Minden Reeve Brent Devolin says he spoke to a tenant who will be living in one of the units at Pinegrove Place.

Phase one of the affordable housing project is geared for seniors and anyone with physical disabilities according to Devolin.

According to the K.L.H. Housing Corporation, there are 106 seniors on low incomes waiting for a financially assisted one-bedroom unit, and 172 in the county.

Pinegrove Place is at 57 Parkside Street.

Devolin added he hopes to make an announcement on phase two within the next year.