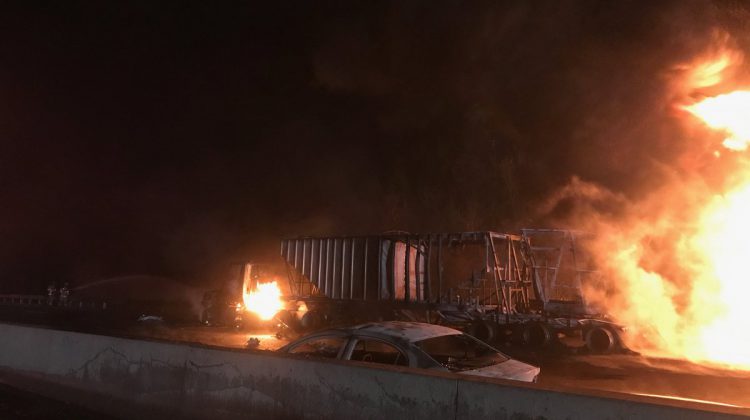 Ontario’s top policing official says a fatal crash on the 400 was preventable.

OPP Commissioner Vince Hawkes says officers believe a distracted driver was the cause of a fatal crash south of Barrie. He says three people were killed when a transport truck ploughed into a group of vehicles stopped on the highway Tuesday night.

Hawkes says this is proof the OPP needs to continue targeting commercial drivers on Ontario roads. The Ontario Safety League has called for a coroner’s inquest into this deadly crash.

All Highway 400 lanes between Highway 88 and Highway 89 are still closed.