UPDATED: O.P.P. confirm the Wagon Wheel Motel is the stucture fire being investigated by Crimes Unit 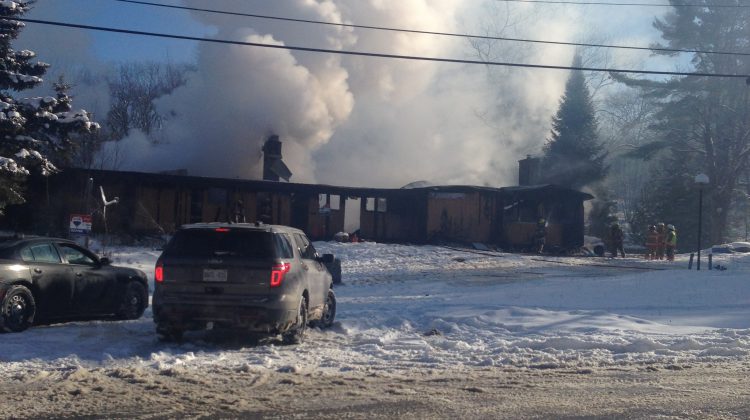 The O.P.P. Crimes Unit and the Fire Marshal are investigating a fatal fire in Minden Hills.

On Saturday morning emergency crews were called to Highway 35 for a fire at the old Wagon Wheel Motel. Officials say the building was completely engulfed in flames. According to Haliburton Highlands OPP, the body of an adult and a pet were discovered inside the building.

Reports to the MyHaliburtonNewsroom say the Wagon Wheel Motel caught fire Saturday morning in the area, but officials have not confirmed this is the fire being investigated.

No other details on this investigation have been released.