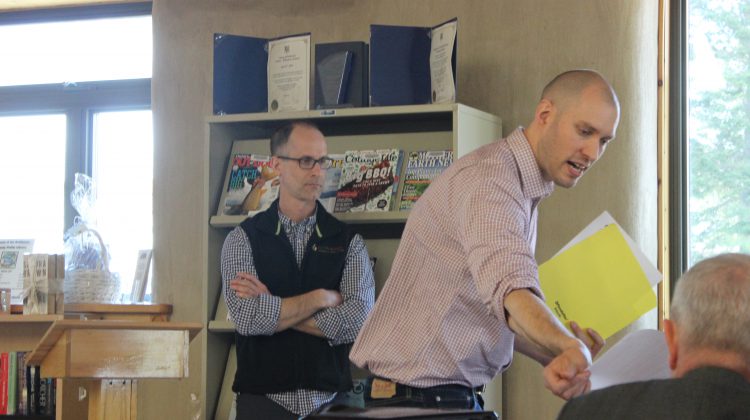 Highlands East could be on its way to a renewable source of heating. Torchlight Bioresources was at council this morning asking the municipality for its support to put energy distribution centres in Cardiff and Wilberforce.

Torchlight is already partnering with Dysart et al to build a facility in the Village of Haliburton that will distribute heat via piping into downtown municipal and commercial buildings. Torchlight Managing Director Jamie Stephen says any building linked to the system can expect an annual reduction between 20 and 30 per cent in their heating bills.

The Haliburton project, which received a provincial grant last week, will cost around $6 million. Stephen says he expects the costs of building facilities in Wilberforce and Cardiff will be different.

Councillors Joan Barton and Cec Ryall were concerned by the lack of numbers, but Stephan assured council if it is uncomfortable with the project, the support would be non-binding. Stephen adds he will be in Minden Hills council chambers next week pitching a similar facility for the township.

The system burns wood chips supplied by the Haliburton Forest at a central facility and the heat is then piped into linked buildings.