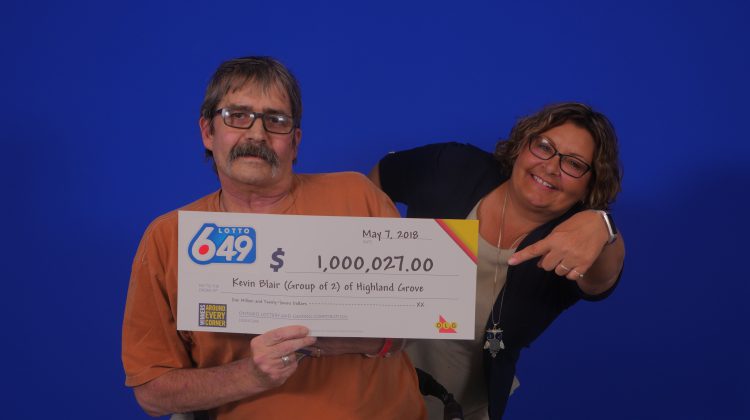 A Highland Grove couple has an extra million dollars to spend.

Cheryl Ellis and Kevin Blair won a guaranteed $1-million prize during the Lotto 6/49 draw on April 11th. Ellis says she is very excited. While the money is not entirely life-changing, the pair will have more luxury. She says the only plans they have for the money right now is to build their new home.

Blair is a retired General Motors employee, while Ellis used to work for Haliburton County. Ellis says she is considering running for council now that she has won the cash.

The winning ticket was bought at South Algonquin Country Store in Harcourt.