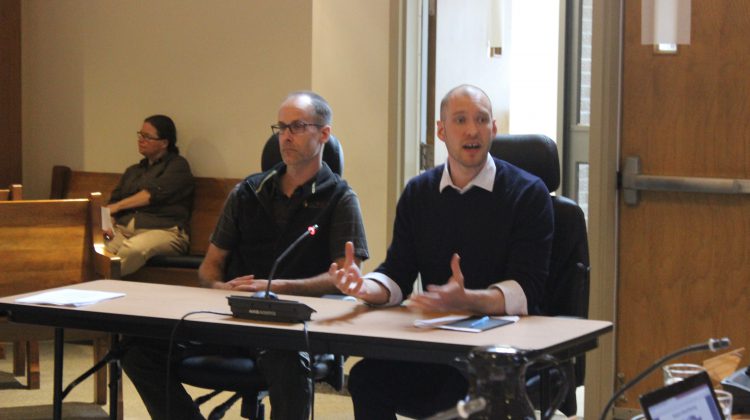 Minden Hills is showing interest in moving towards renewable sources of heating. The Committee of the Whole had a chance to hear a presentation from Torchlight Bioservices Managing Partner Jamie Stephen’s pitch of building a wood burning facility. The facility would house a boiler where wood chips would be burned, and the heat piped into commercial and municipal buildings in Minden’s downtown core.

Stephen asked the committee for an expression of interest to apply for a federal grant to build the system. He says unlike the Cardiff project he proposed last week to Highlands East council, no residential properties would be included in the Minden project.

Stephen says anyone linked to the system can expect a reduction of anywhere between 20 to 30 per cent on their heating bill. He adds that he would like to see the system one day expanded to schools and hospitals.

Stephen also says this project would be similar to the one in Haliburton, where it is funded through grants from upper levels of government as well as private investors. The soft maple wood chips would be provided to distribution centres from the Haliburton Forest.