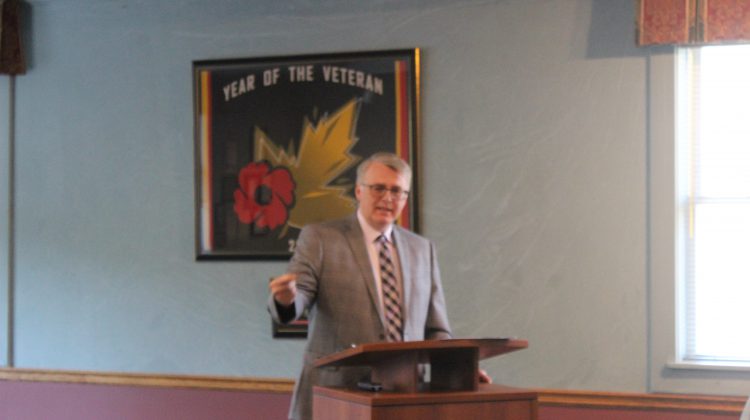 Haliburton County is backing a proposal to bring more high-speed internet and mobile broadband service here. County C.A.O. Mike Rutter, who is also a Co-Lead for the Eastern Ontario Regional Network asked council yesterday for $40,000 to fund an internet gap analysis for the county.

Rutter says approximately 45 per cent of Haliburton residents don’t have access to high-speed internet, and many more people have access to limited speeds of service. Council approved the request, and Rutter says the analysis will answer an important question.

Rutter also gave the county an update on E.O.R.N’s effort to close mobile broadband gaps in the area. According to Rutter, 18 per cent of Eastern Ontario has no cell coverage and suspects that number is higher in the county. Council approved Rutter’s request for between $437,000 to over $566,621 to help with that analysis. The specific dollar amount needed will become more clear later this year and is expected to be part of the county’s 2019 budget. According to Rutter’s report, if nothing is done to address the service shortfalls, the number of gaps will likely widen.

The province and the Eastern Ontario Warden’s Caucus have already committed their share of the $213 price tag for the project. Rutter adds that the response from Eastern Ontario M.P’s as well as telecommunications executives has been positive. You can see the report here.