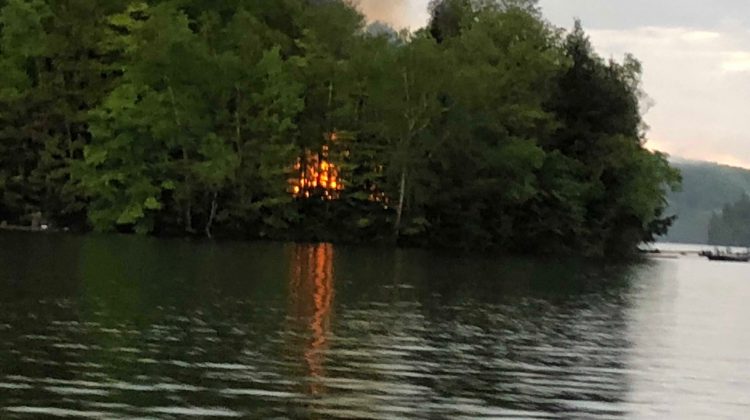 The Dysart et al Fire Department is investigating a fire that burnt down a cottage. Firefighters responded to a call of a fire of a residence on Hunter Island by Redstone Lake on Saturday evening just before 8:00. When they arrived on the island by boat, first responders found the cottage and two sheds fully engulfed in flames.

According to the department, 14 firefighters were on the scene until midnight and no one was hurt. According to Fire Chief Mike Isles, the loss is estimated at around $200,000. The fire is not deemed to be suspicious.