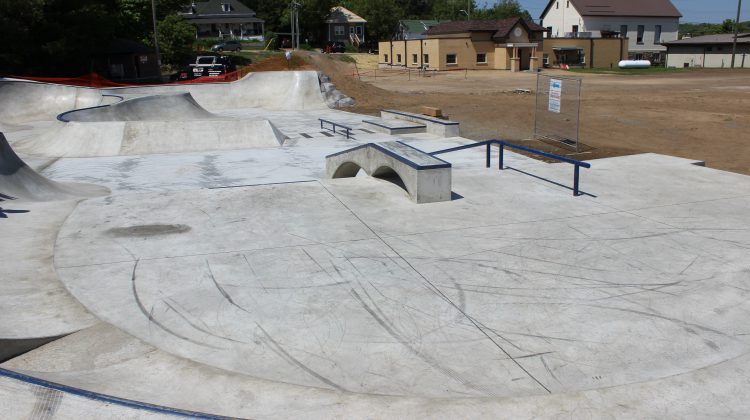 Skateboard enthusiasts now have a new park in the Village of Haliburton. Junction Skate Park opened for the first time over the long weekend.

Dysart et al Recreation and Programs Coordinator Andrea Mueller says even though it’s called a skate park, it’s for all kinds of wheels.

Mueller adds that the $210,000 project was paid for entirely by donor money, including a land donation by Dysart. She says that the Skate Park Fundraising Committee is still looking to raise another $15,000.

Mueller adds the extra money will allow the committee to enhance the park. The current concrete structure replaces the old wooden skate park by the Maple Avenue Bridge.