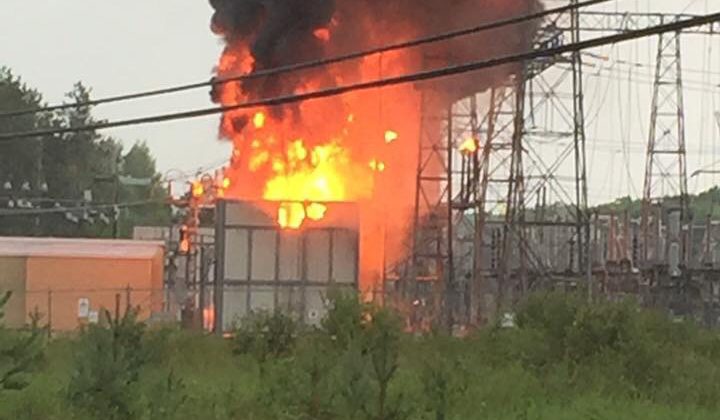 A fire at a Hydro Substation between Haliburton and Minden has cut power to 23,000 customers in the county.

The cause of the fire is unknown, but firefighters were seen leaving Haliburton Village shortly after a powerful thunderstorm rolled through.

Some reports suggest that the flames reached 30 feet in the air.

there is currently no update to when the power in the area will be back but Hydro One’s outage map says power will be restored at midnight. Until the fire is contained, Hydro staff will not be allowed to assess the damage.

myhaliburtonnow’s newsroom will update as the story developed