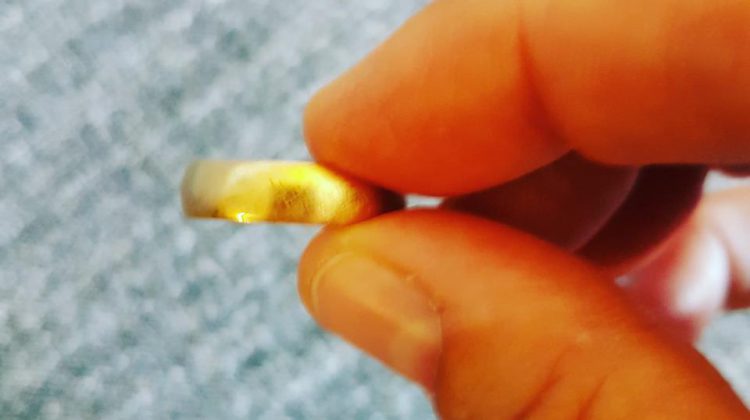 If you lost your wedding ring in Algonquin Park, a Nepean family might have it.

Gautreau says that “most people have sentimental attachments to their rings, and I figured that someone would probably appreciate having that back if they could.” Gautreau has started a social media campaign to reunite the ring with its owner, saying that she has shared it on all the platforms she uses, including Reddit, which she says has had the most engagement.

“I’ve been surprised actually.  The number of people that lost their rings many, many years ago and are still holding out hope to find them is actually pretty touching,” says Gautreau when asked about people inquiring about the ring. She went on to say that there was a Winnipeg man that lost his wedding ring in the 60s and is still looking for it.

According to Gautreau, of all the inquiries she’s gotten, about 80% of them are men still hopeful to find it for its sentimental value. To inquire about the ring you can email jengautreau@gmail.com, you will be asked to identify the ring by a very specific engraving inside it.

No new cases of COVID-19, three recoveries in Haliburton Tuesday