Rotary Club trying to get good food to those in need 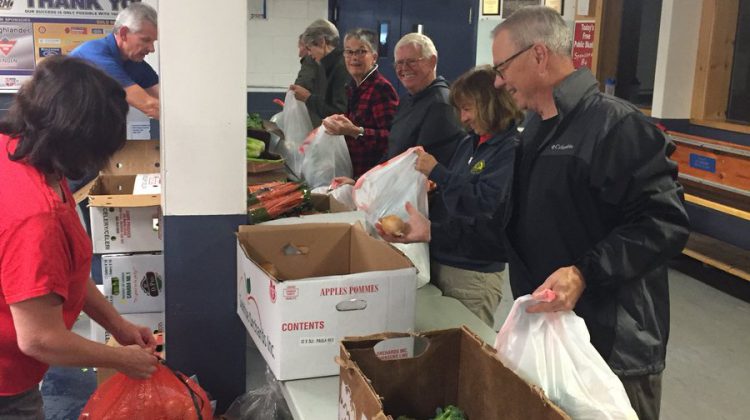 Photo supplied by the Rotary Club of Haliburton

Feeding those in need is the point of the “Good Food Box” project.

The Haliburton Rotary Club, as well as nine volunteers, are trying to spread the word about the project.

The monthly program is offered through health units that provide families with a bag or boxes of fruits and vegetables. The bags or boxes are delivered to local communities. The program is designed to help those who need extra help putting those foods on the table.

Brian Nash, a member of the Haliburton Rotary Club, says that the program has existed for at least seven years. Nash says that they deliver an average of 200 boxes a month, which he believes feeds about 560 people.

Nash says that the program is designed for those in need, saying that 14 per cent of families are food insecure, adding that 23 per cent of children in Haliburton County live in poverty.

Although the primary focus of the Good Food Box is feeding those in need, Nash says that the program is open to everyone. He says that it’s designed in such a way that even if the average person ends up short on funds, they’re welcome to buy a box of food for $15.

The food collected varies from month to month but Nash says that this month had onions, celery, broccoli, apples, potatoes, lettuce and green onion.