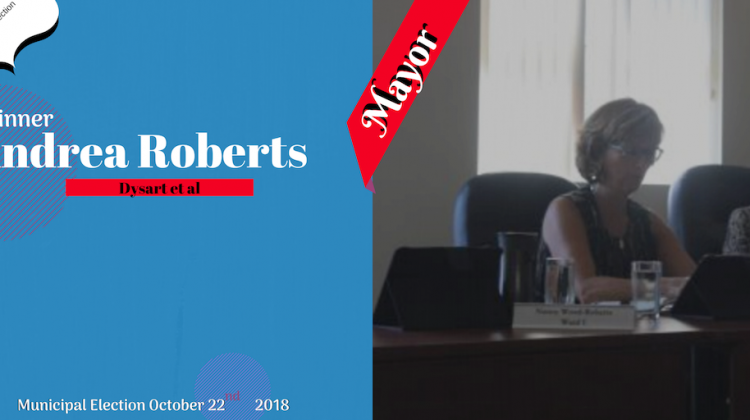 Dysart et al has its new mayor for the next four years.

With the election over, Andrea Roberts has been elected after securing 57.82 per cent or 3,445 votes.  Murray Fearrey received 2,513 votes equal to 42 per cent of the vote.

This is Roberts’ first term as mayor.

Roberts says that the first thing that she’ll do when she takes office is to make sure that she’s getting all of the councillors together to make sure everyone knows their roles and responsibility. She also says that her council will work together to create goals that they can achieve during their term in office.

Roberts told the My Haliburton Now Newsroom that she wants more communication between council and the general public, adding that she heard that seasonal residents felt disconnected from the goings-on of Dysart’s council

Patrick Kennedy has won the position of Deputy Mayor with 3,248 votes, beating out Dennis Casey who has 2,469.