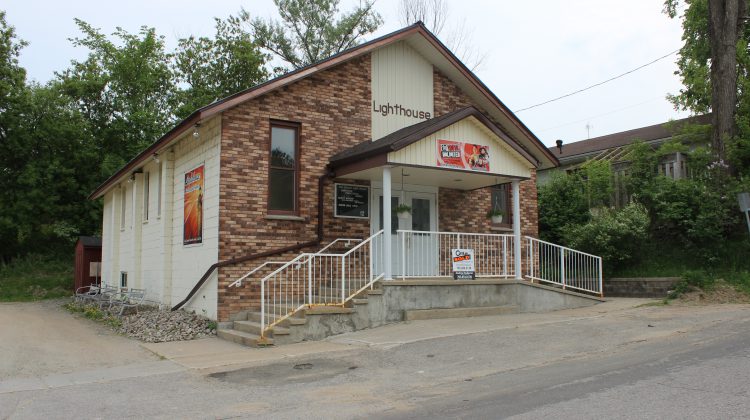 Youth in the community are one step closer to getting the hangout spot of their dreams.

Renovations have finally started on the Hali Youth Hub after months of collecting building permits and conceptualizing what the hub would look like. Marg Cox, the Executive Director of Point in Time, says the youth hub renovations started with re-housing the church pews that were in the building, as well as pulling up the carpet that was there. Cox says once the plywood flooring is down, youth hub members will get to create their own designs and art on the floor. Cox told My Haliburton Now.com that they have removed raised areas and a partition for the accessible washroom is on its way. Cox explained that the renovations are only focusing on the first floor right now.

Cox shared with My Haliburton Now.com that members of the youth community have been very much involved in the planning and design of the hub, adding that they were instrumental in creating a vision for the space. Cox suggests that the hub when finished will be very multi-purpose, adding that it can be used as a spot to learn or play music, learn how to cook, study, socialize, and generally just hang out. She explained “the youth are calling the shots” saying that youth members have been the decision makers through the process so far. A notable decision says Cox, was the decision to get rid of the industrial fluorescent lighting in the building. Cox says that youth members felt that the lighting reminded them of staying in a hospital.

Cox says that the youth hub has started a gift registry, along the same lines as those you’d have for weddings or children’s birthday parties. The goal of the registry is so members of the public can be aware of what is needed for the youth hub. The registry can be found by clicking here.

If all goes to plan, Cox says the hub will be starting programming next week.