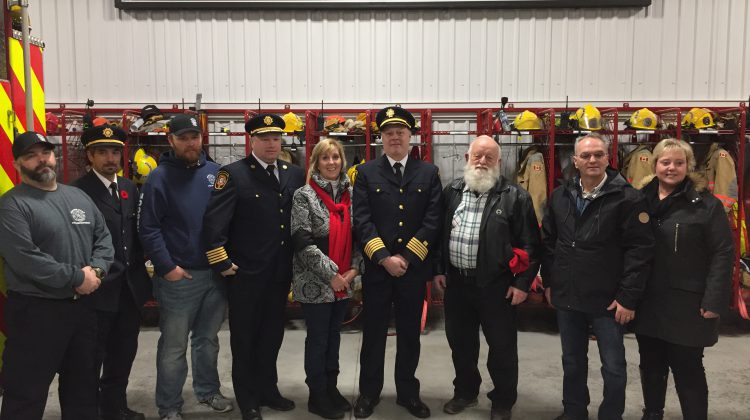 Fire Chiefs and the Minister of Labour are on the same page about Double Hat firefighters.

Last week, it was announced that full-time firefighters would finally be allowed to volunteer for other stations in smaller communities, an act that’s known as Double Hatting.

Over the weekend, Haliburton-Kawartha Lakes-Brock MPP Laurie Scott was in Minden to talk about this announcement. Scott said that in rural Ontario volunteer firefighters are a necessity. Scott explained currently there are five firefighters from Caledon in the midst of a court case because of their decision to volunteer at other stations.

Before Bill 57, firefighters were reluctant to double hat for fear of being brought in front of a union tribunal and potentially fined or suspended for volunteering.

Algonquin Highlands Fire Chief Mike Cavanaugh was also at the Minden Hills fire hall over the weekend, and he said that there had been firefighters who would double hat under the radar because they wanted to help but would be risking fees or their job if caught.

Scott, the long-time MPP for the area, explained that she has been campaigning for this change for 15 years and is thankful that she saw it through as the Minister of Labour.

According to Cavanaugh, when asked about the liability and coverage for firefighters who dawn two hats, the firefighter’s full-time station will be taking care of them in the case of an accident for the volunteer station.

All four of Haliburton County’s fire services have volunteer firefighters. 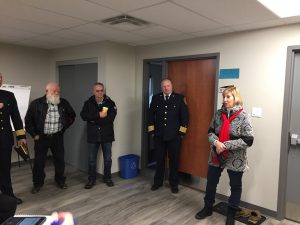