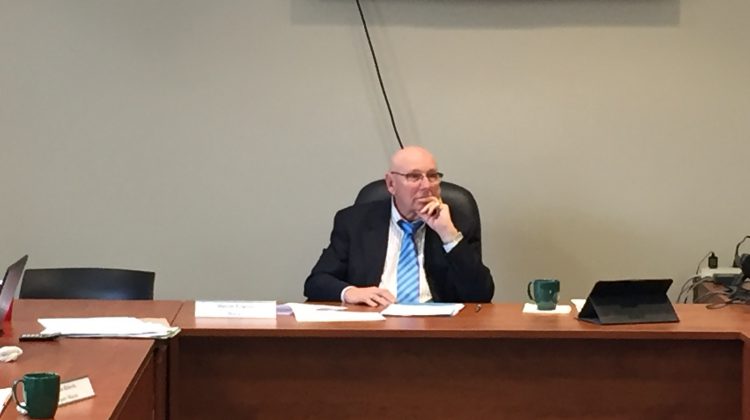 For the first time in decades, Dysart council will have a new person at the head of the table.

Yesterday marked the end of an era for Haliburton municipal politics after Murray Fearrey presided over the final council meeting of his time as the mayor of Dysart.

Fearrey, the soon to be former mayor, lost the 2018 municipal election to Andrea Roberts. This marked the first time in almost 40 years that Fearrey would not be in municipal politics.

At the end of Fearrey’s final meeting the councillor for Ward Five, Walt McKechnie, made an impassioned speech about the end of Fearrey’s reign. McKechnie detailed many of Fearrey’s accomplishments from the improvements to the community and the leadership that he brought over his years. During his speech, McKechnie asked the longtime politician “in your years, how many council meetings did you miss?” and Fearrey explained that he had only missed two meetings.

At the end of McKechnie’s speech about his friend and soon-to-be former colleague, the rest of the councillors and people in attendance gave Fearrey a standing ovation for his time in office.

Of the 5,958 ballots cast in the municipal election, Fearrey received the support of 2,513 voters, with Mayor-Elect Andrea Roberts beating him by 932 votes.