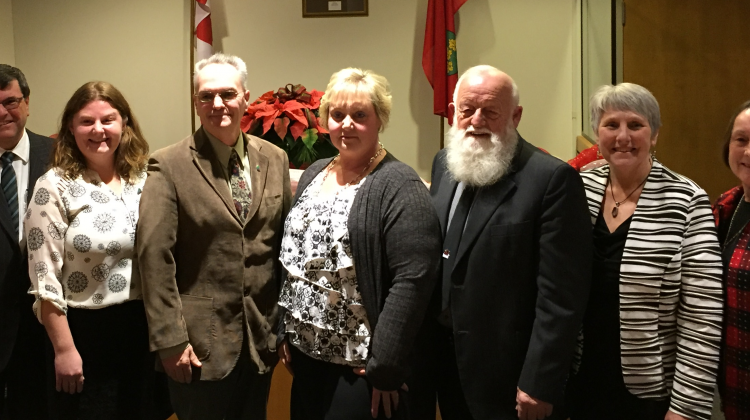 Minden Hills council is looking to hit the ground running in the new term.

Last night, at a special meeting of council, the new and returning members of Minden Hills municipal council were officially sworn in.

Although several of the members are returning for another term, two councillors are starting their first term in office, Jennifer Hughey and Bob Carter were both elected to the position of Councillor in Ward One. 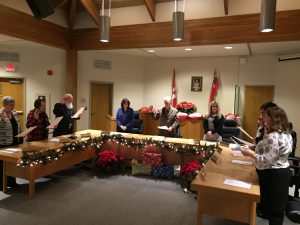 the new Councillors being sworn-in

After the councillors, deputy mayor and mayor were all sworn in, the returning mayor Brent Devolin gave his thoughts on the beginning of the new term. Devolin said he felt the previous administration was mainly productive, adding they were able to move the benchmark. Devolin expressed he is looking forward to the next term and said that he knows the challenges that face Minden Hills going forward. The multi-term mayor explained to the crowd in attendance that the new council is diverse in experience, gender, and status adding the councillors are reflective of Minden Hills.

After Devolin wrapped up his speech, the newly appointed deputy mayor Lisa Schell expressed to the public that she is thankful for the election. She said that there will be times that council makes an unpopular decision but adds she will “do for the many, not the few.”

To close out the meeting, like in all council meetings there was a resolution to adjourn which was passed by the new members of council in Hughey and Carter.