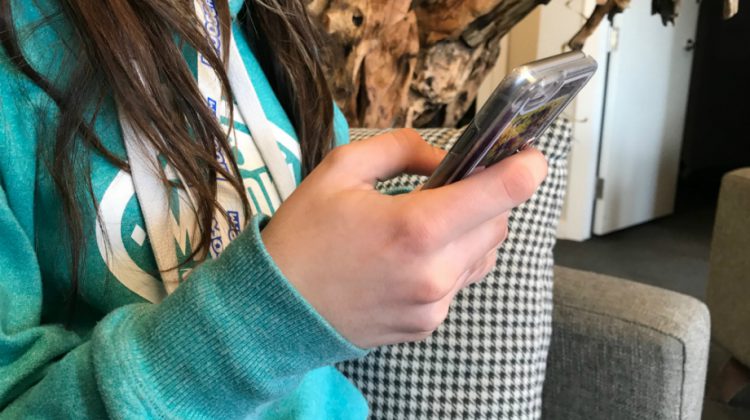 The Ontario Government is set to ban cell phone use in the classroom this September. (Doug Crosse Photo)

Local parents seem to be overwhelmingly in favour of a proposed cell phone ban in schools.

A Facebook poll we ran currently has over 300 responses with 88 per cent of respondents agreeing phones should be out of the classroom.

The Ontario Government announced it plans to implement a ban on cell phones in the classroom starting in the fall.

“Ontario’s students need to be able to focus on their learning, not their cellphones,” said Education Minister Lisa Thompson.

Catherine Shedden of the Trillium Lakeland District School Board says it is too early for the board to have a reaction. There would likely be a response early next week, after March Break.

The Simcoe Muskoka Catholic School Board’s Pauline Stevenson says currently there is no board-wide policy, with teachers handling the decision making on whether phones are allowed in the class or not.

“For the most part though, students keep their cell phones in their bags and they are used/accessed based on the discretion of the teacher,” Stevenson said in an email.

McLeod says the policy came as a result of a survey that was part of the sex ed curriculum consultation.

“Last fall, we launched the largest-ever consultation on education in the history of Ontario. During this consultation we heard that 97 per cent of respondents supported some form of a ban on cellphones,” says the minister. “Our government will be introducing a ban on cellphones in the classroom. Beginning next school year, cellphones will no longer be allowed in the classroom unless they are required for educational purposes, health, and medical purposes, or to support special needs.”

Local parents reacted quickly to the news when asked about the ban.

“Great idea,” says Shannon Donnelly. “Long overdue. In fact, cell phones in the classroom should never have been permitted in the first place. It’s time to teach kids how to READ without ‘text to voice’ and WRITE without ‘spell check’. And it’s a crying shame that most kids can’t/don’t write in cursive anymore. It’s like it’s becoming a lost art.”

“As a teacher, I’m more concerned about the lack of funding to support students with Autism and other special needs students in the classroom,” offers Shawn Forth. “Inclusion only works when it is properly funded. The cell phone announcement is just a distraction from the disservice the government is doing by not adequately funding special education in our schools.”

Treena Dodge-Bruyns said, “No need for young children in public school to have a cell phone. They are always with a parent or at home so no need to have one until they’re old enough to be out and about alone or with friends for emergencies.”

“They are a part of life now…..however, I do think they should be teaching to self regulate and not all classes need to have use of them,” counters Melissa Parasco. “They need to be taught that there is a time and a place. For example – They should always be on silent during class, and they should only be pulled out if the teacher asks you too. If you have it out at any other time it gets taken away for the class just like anything else you shouldn’t be using. I think not allowing them at school is a safety concern and will mean more binging once they are off for the day.”