UPDATE: Devolin urging residents to realize tomorrow’s rain could be a big deal 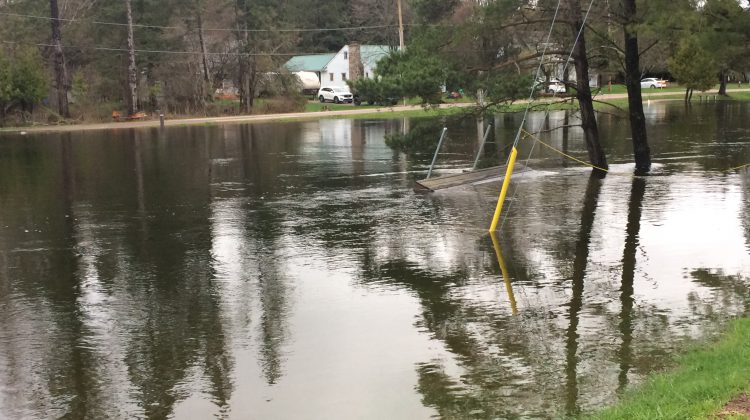 Despite the sun and warm weather, water levels could reach 2013 levels.

Mayor Brent Devolin spoke with MyHaliburtonNow.com following his daily EOC conference call and council meeting, and he says the latest forecast is “a big deal”.

Devolin explained that it was looking like water levels were going to meet the levels of 2017, but with Environment Canada calling for 40-50 millimetres of rain, that could mean levels could get to the historically bad levels of 2013.

According to Mayor Devolin, the town had done logging operations at the Horseshoe Lake Dam as a sort of reprieve for residents to get prepared today. He goes on to say that if the area does get hit with that much rain, it could be “a big deal”.

If you are in need of sandbags you can get them at the S.G Nesbitt Arena, at the Roads Department Garage in Kinmount, or Furnace Falls Park. If you are looking to volunteer, or need information you can call the municipal office during normal hours and  1-866-865-3247  after hours.