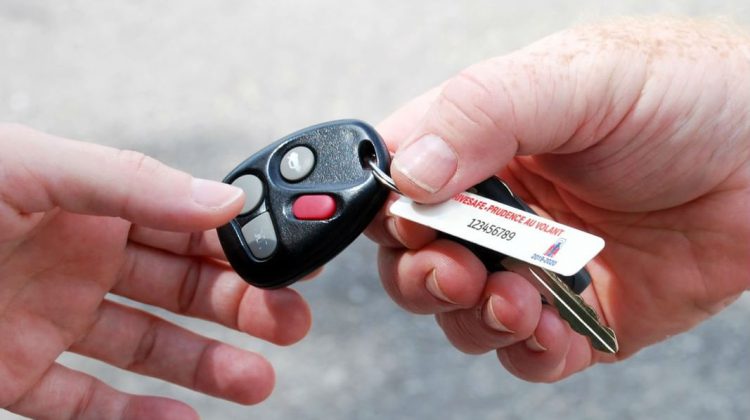 Check your mailbox. The annual War Amps key tag distribution is happening in our area.

Residents of Haliburton will have recently received their key tags in the mail. The good news is you don’t have to do anything other than putting the tag on your key ring.

Started after World War I the War Amps key tag program reunites people with their lost keys. By putting the tag on your keys, should you lose them someone simply drops them in a Canada Post box and they are sent to the registered address the tag was sent to.

James Jordan is the public awareness officer for the War Amps. He says over 1.5 million sets of keys have been sent back to owners over the years. He says for a program that is free and requires no registration it is a pretty good deal.

“In this modern day key fobs are incredibly expensive (to replace),” he points out. “For most people, if they have ever had to replace a key fob on their car they know it is expensive.”

The War Amps make money through donations received both from people who receive the tags in the mail, but also grateful members of the public happy to have their keys back so quickly.

“A lot of donations come from the fact that people have their keys returned and they see value in that service,” says Jordan.

The tags are mailed from a database provided through Canada Post, making for up to date addresses and residents.

No registration is required, but you can go online and update your contact details so the War Amps can reach you quickly to notify you about any keys en route.

Jordan adds it is important to put a new tag on if your current War Amps tag is older than five years old. The organization makes its money through donations, typically from people who have recovered keys through the service.