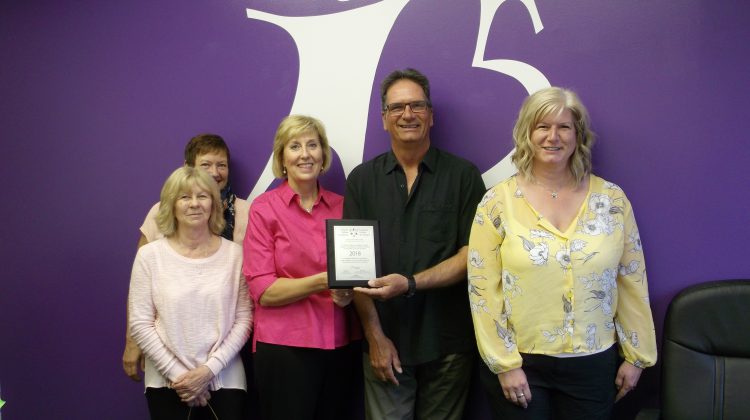 Representatives from BBBS and Haliburton-Kawartha Lakes-Brock MPP Laurie Scott met yesterday in Lindsay to go over what a previous Trillium Grant was able to help the organization accomplish.

According to Big Brothers Big Sisters, they had received a $6,100 seed grant last June and that money was used to help the group research whether or not a site-based group mentoring program was feasible and how it would be helpful to the community’s youth. The seed grant allowed BBBS to dedicated hours a week to that research. Those hours included meeting with other local groups to discuss potential partnerships for the programming.

“The organization has been wanting to research the possibility of group mentoring in our community for a number of years, but just didn’t have the staffing resources to complete the initiative;  his seed funding allowed us the opportunity to do the research,” said Jim DeFlorio, Executive Director of Big Brothers Big Sisters of Kawartha Lakes-Haliburton. “Funding through the Ontario  Trillium Foundation is very important to the many causes and organization in Ontario wanting to expand their services and is thankful Big Brothers Big Sisters of Kawartha Lakes-Haliburton was chosen to be a recipient of a Seed grant,” added DeFlorio.

MPP Scott had this to say about the meeting “The Big Brothers Big Sisters of Kawartha Lakes–Haliburton does fantastic work in our community to support child and youth development,” adding “I am looking forward to seeing the results of this enviro-mentoring pilot project.”

The Ontario Trillium Foundation has awarded more than $120 million to some 700 projects last year.