Pet products containing marijuana need to be avoided by owners 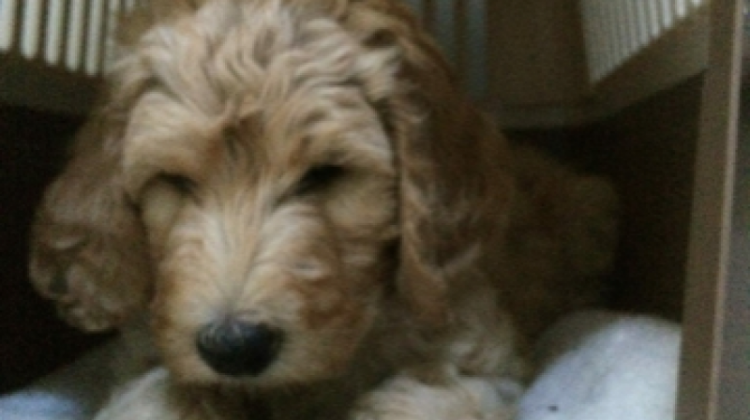 Dog in a crate (stock photo)

Animal lovers could be doing more harm than good by giving their pets untested products especially those containing cannabis.

Dr. Jason McLeod owns and operates veterinary clinics in Huntsville and Bracebridge. He said there are no CBD or marijuana based pet products or medication that are approved by any governing body in Canada.

“To me, it is a very manipulative situation,” McLeod said. “The general public can look at a product suggesting it has benefits for pets, and why would they question it otherwise? I wrote an article to our clients because it currently isn’t legal for veterinarians to prescribe a product [containing cannabis] because there’s nothing approved.”

According to McLeod, he and his team have been seeing more and more clients come in and fully admit they are giving their pets products with marijuana in them. The veterinarian added pets were showing signs of intoxication and that is why he sent the memo to his clients.

He said there was one particularly concerning situation where an animal was almost euthanized in Bracebridge because of a product containing marijuana. Apparently, the owner brought her pet to the clinic a couple of months ago claiming its health had deteriorated to the point where it could barely function. McLeod said the owner believed it had developed a tumour or had a stroke and wanted to stop its suffering.

“She started to question whether this animal should be euthanized because just weeks prior, it was fine,” McLeod said. “Once she asked questions to the client it became clear they were giving the animal a product from a pet store. The client said she was following the labelled dosage yet that pet became intoxicated to the point it was what we call ‘ataxic.'”

Sigetich suggested they hold off on euthanasia because she couldn’t find anything wrong with the animal outside of potentially being intoxicated. The doctor decided to take the animal off the product to see how it would react.

“Within a handful of hours, maybe 12 to 18, it showed vast improvement,” McLeod said. “Then over a period of about two to three days, the pet was completely back to normal.”

McLeod understood it can be really tough for pet owners to research what products they should and shouldn’t give their pets outside of advice directly from veterinarians.

The doctor said dog owners have to be especially careful when considering giving their pets any products that have marijuana in them. According to the veterinarian, dogs have more receptors in their brain that make them more susceptible to the intoxicating effects of THC as opposed to humans and other animals.

“That’s why in my opinion, and the vast majority of veterinarians opinions, we can’t just go blindly into cannabis for pets,” McLeod said. “A lot of clients have heard it is reasonable to use it for seizures and osteoarthritis and all kinds of things but there’s just no basis for using these products at this time.”

The doctor said the products need to be investigated, tested thoroughly and make sure they create, if approved, positive effects for the pet.

All that being said though, veterinarians aren’t in the business of getting owners in trouble for using the technically illegal products on their animals.

“We are not interested in doing that, we are just interested in client education,” McLeod said. “We just want to tell them there is no scientific basis for the products. They are unproven products and manipulative in terms that they are just a marketing ploy. I try not to go out too far on limbs like this, but in my eyes, they are a waste of money.”

Another problem McLeod has is that animals don’t experience the placebo effect that humans do. He believes in some cases humans will experience it for their animals and think they are actually getting better from the product at the start but then see it deteriorate over time.

“So was that pet even doing better in the beginning or not? Probably not I would argue,” McLeod said. “The problem in the general market is that you or I could make a product containing CBD or cannabis, put a nice little label on it and go to market with it. We could convince pet stores to sell it yet it has no therapeutic effect. That is the sad part in my eyes.”

McLeod couldn’t say whether he is for or against marijuana products for animals because not enough research has been done. He admitted there may be an emerging market for products that can have therapeutic aid for pets though they won’t be available any time soon.

“I do think we are a ways off before we get the point of where you have legally produced, Health Canada approved cannabis products in Canada and Ontario. I think it is a ways away.”

Until then, McLeod urges pet owners to stay clear of any medication for pets containing marijuana and to consult a veterinarian if they aren’t sure about a product.