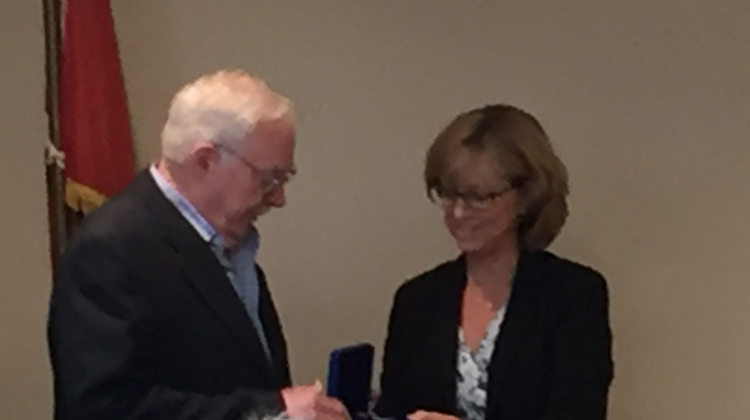 A local man is being recognized for his countless hours of volunteer work in the community.

Although the award was presented by Dysart’s leader, the award comes from the office of Julie Payette, Canada’s Governor General. Mack was given the award based on the years of dedication to volunteer work. Roberts explained that the award is given to “exceptional volunteers”. It was created by the crown and recognizes a long term, sustained level of volunteerism.

Mark, a member of the local Shriners Club and other organizations, had several people in attendance for the presentation of the medal. In his acceptance speech, Mark thanked the various organizations he works with including the Shriners and his church. He also shared his appreciation for whoever it was that sponsored him for the medal.

Before presenting the medal to Mark, Mayor Roberts joked that with the amount of Canada Revenue Agency scams are out there, she was reluctant to answer a call from Payette’s office for fear that it to was a scam. She went on to say she was thankful she did because the call and the award were real.