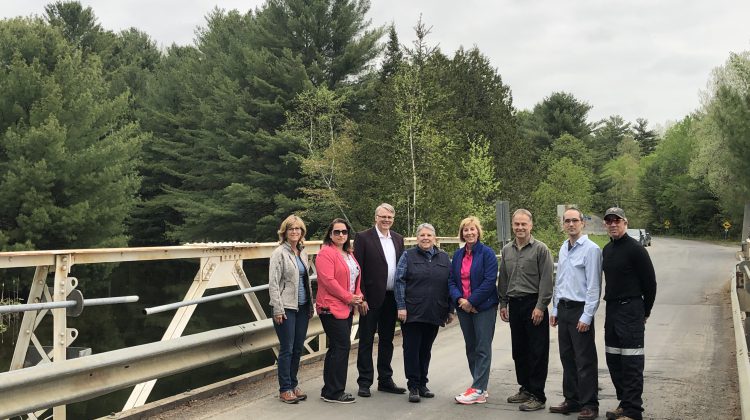 ALGONQUIN HIGHLANDS, ON- A local bridge is the beneficiary of provincial funds.

Haliburton-Kawartha Lakes-Brock MPP Laurie Scott was in Algonquin Highlands over the weekend to announce an infrastructure investment of $1,958,250 to replace the Hawk Lake Bridge.

The bridge replacement is part of the Investing in Canada Infrastructure Program that was announced earlier in the spring by Minister of Infrastructure Monte McNaughton.

With the approval of the bridge replacement project, the cost of the project is going to split the cost between the federal, provincial and municipal governments.

“Well-maintained roads and bridges are critical for rural residents and our local economy,” Scott said in a written statement, she went on to say “I’m pleased that the government has highlighted the Hawk Lake Road Bridget replacement as a priority for infrastructure investment.”

She ended her announcement by emphasizing the importance of safe roads and bridges.