Cottage prices on the rise in 2019, despite flooding 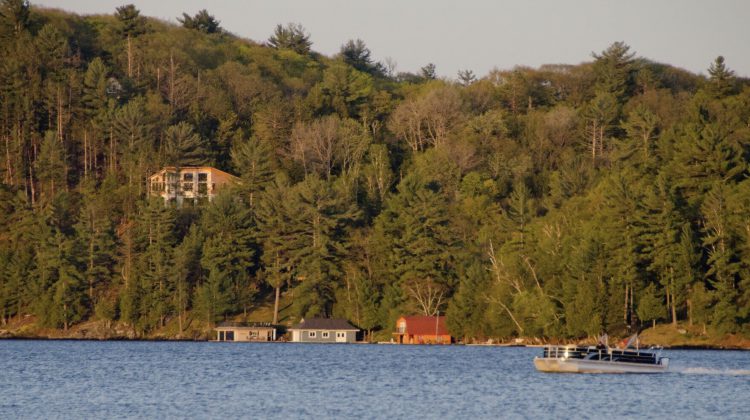 TORONTO, ON- If you’re looking to buy a cottage, the price will likely be going up.

That’s according to the latest report from Royal Lepage, who have issued their spring report for recreational property prices across Canada. The real estate agency found a nationwide rise of 5.0 per cent to an average of $411,471, compared to last year.

The prices are expected to go up again by 4.7 per cent, with high demand in Ontario and Quebec. Low inventory is also driving a decline in sales and rise in prices.

In most of the country, young families are competing with baby boomers for homes in popular recreational property regions, according to the report.

“With the youngest baby boomers a decade away from retirement, and their older peers well on their way, we are seeing robust demand for cottage, cabin and chalet-style retirement properties,” said Phil Soper, president and CEO, Royal LePage, in the release.

The average national price is expected to go up to $429,714 by next spring.

In Ontario, though sales were down in recreational regions, the average price for a single-family home rose 7.2 per cent to $393,253. The increase is again tied back to low inventory and increased competition.

“In Muskoka, we are seeing people in their 50s and 60s cashing out with significant amounts of money, as well as those who are coming into money and want to get out of the rat race,” said Bob Clarke, sales representative, Royal LePage Lakes of Muskoka, in the release.

Demand remains high, according to Royal Lepage, and buyers have not been put off by the late spring weather, rain, or the recent flooding.

The price of a single-family home in the province’s recreational regions to rise a further 8.0 per cent over the next twelve months, rising to $424,905.

Nicole Boyd, a broker from Parry Sound with Royal LePage Team Advantage Realty, said that the price increases didn’t come as a surprise, with the rise starting last year.

She believed the prices would keep going up, with the market favoured to sellers rather than buyers, along with a shift of provincial residents moving up from the city in search of more affordable homes.

“We need welders and contractors and labourers, and they’re fitting right in up here.”

A full table of regional prices in Ontario follows below: 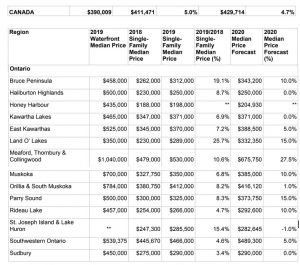