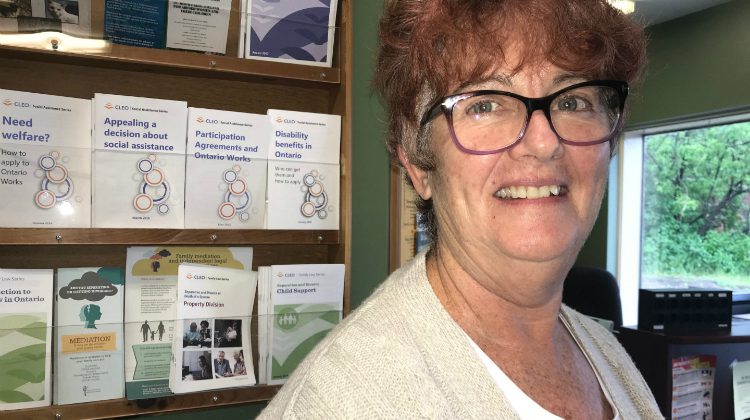 Recent cuts to provincial legal clinics are not all created equally.

She says while the cut her clinic has received from the Ford government is manageable, other clinics will struggle to exist. The province recently announced $133 million in cuts, approximately half the funding clinics across Ontario were receiving.

“We would rather if they were going to, do cuts to them equally across the board recognizing that unfortunately poverty exists everywhere,” said Boulding.

She does not buy the government’s line that poor people have moved out of Toronto, thus less legal aid is required. And she has experience from that area to back up her opinion.

“I am an alumni from Parkdale,” Boulding explained. “I worked there as a law student. I was on their board. Cutting their budget almost in half is devastating.”

Boulding said in a statement released on Friday that other clinics will have to dramatically alter the services they offer their clients.

“Clinics in other communities were hit much harder than ours, and many will have to dramatically reduce their services. Specialized clinics that do topic-specific work like housing, income security, and workers rights were hit the hardest.”

She says clinics from across the province are uniting to protest the cuts.

“We are going to speak as a system and try and save everybody,” she said.  “We’re not going to just accept our little cut and fade away.”

Boulding believes the government is trying to stop clinics from the collaborative legal work they do to help create equality among the province’s poor.

“They want to hamper our abilities to work as a group and efficient use of tax dollars is to work together to achieve equality for low-income vulnerable people in our province,” she said.

When asked if outside fundraising or alternate sources of income would be possible, Boulding indicated clinics already seek provincial and federal funding and work with local governments to create cash flow, but it is not a sustainable model.

In the case of Lake Country Legal Clinic, the total amount cut is just $11,000 which will mean a current maternity leave being covered may not be able to continue. But she says other clinics are facing much steeper challenges.